What is Shoto Budo?

"The essence of Shoto Budo is the ability to understand, generate and/or deflect aggression in a controlled manner"
Billy Haggerty, "Shoto Budo: An Essential Text to Martial Arts"

Shoto Budo is a martial art, based primarily on self-defense. It guides its practitioners towards their own personal development and improved personal well-being.

The name Shoto Budo is a combination of concepts. Shoto means, whispering pines, and was the pen name of Gichin Funakoshi, (the modern day karate founder).  Budo signifies the martial way or fighting arts.

The martial art was jointly developed by its Technical Director, William "Billy" Haggerty and the other senior grades of the organisation. With, in excess of, an era of learning and practicing martial arts, Billy's extensive experience, study and psychological and physical testing formed the core principles and practices of Shoto Budo, in close consultation with the group of senior Scottish instructors - Pauline Walmsley, Graeme Muirhead, Richard Price and Hugh Russell and further supported by Finnish instructors - Kimmo Niikkonen,  Juha Salmi  and Marko Ronkainen

As the art developed, many senior practitioners added their own experiences to its teachings, creating a system that now covers a broad spectrum of appropriately modelled skills and offering the students the tools they require to defend themselves in numerous situations. 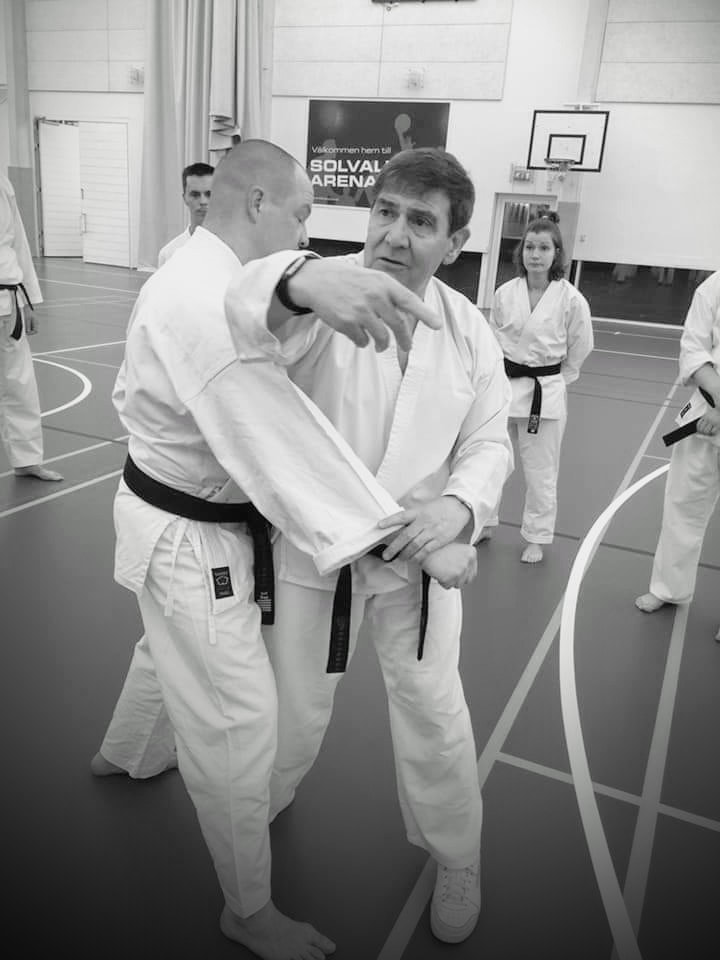 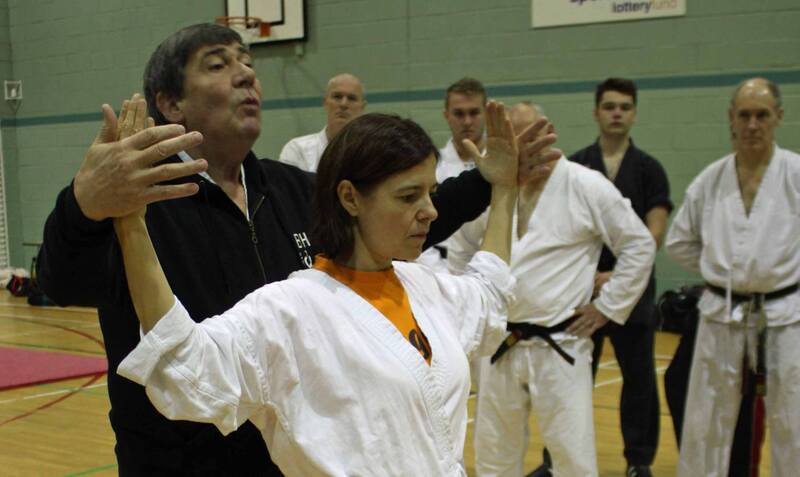 How did Shoto Budo start?

William Haggerty, the Technical Director of the Shoto Budo Organisation, was born in 1950 in Greenock, Scotland. He began training in martial arts in 1967 having been interested in boxing in his youth. The Scouting Movement led him to practise Judo and, in turn, Karate. Billy, like many of the original Shoto Budo instructors, began training in Karate Do under the instruction of Sensei Mitsusuke Harada and was among the first martial artists to have received his fifth Dan directly from Harada Sensei. This is all the more prestigious in view of the fact that Harada Sensei received his fifth Dan directly from Funakoshi, whilst in Brazil, an award envied at the time by many of his contemporaries.

Billy has studied a variety of physiological disciplines including Transactional Analysis (TA), Neuro Linguistic Programming (NLP) and Developmental Behavioural Modelling (DBM). He is a qualified Trainer in NLP and a master practitioner in DBM and he uses these skills especially in the development of effective training models to increase the learning capacity and accelerate the speed of learning of his students in martial arts. He also used these skills to study many forms of Karate, Judo, Boxing, Aikido, Kempo, Bojitsu, Jujitsu and Tae Kwon Do, as well as Tai Chi, Kung Fu, Yoga and other martial arts.

In this way, Billy has enabled Shoto Budo to become a comprehensive and progressive modern martial art and research organisation that, from its original foundations in Karate Do, has been enriched through the study of many martial arts disciplines. Indeed, the organisation prides itself that many of its senior instructors after gaining a strong grounding in karate have also studied other disciplines bringing new ideas and techniques to add to the already strong portfolio.
​
Like Billy, the more senior instructors have also had an interest and extensive training in modelling processes. Using many of the modelling tools for learning, teaching and coaching with much more precision. In addition, the senior group brings professional experience in sports coaching, management, leadership training and counselling as well as complementary practices such as Meditation, Bio-Energy, Shiatsu and Reiki. 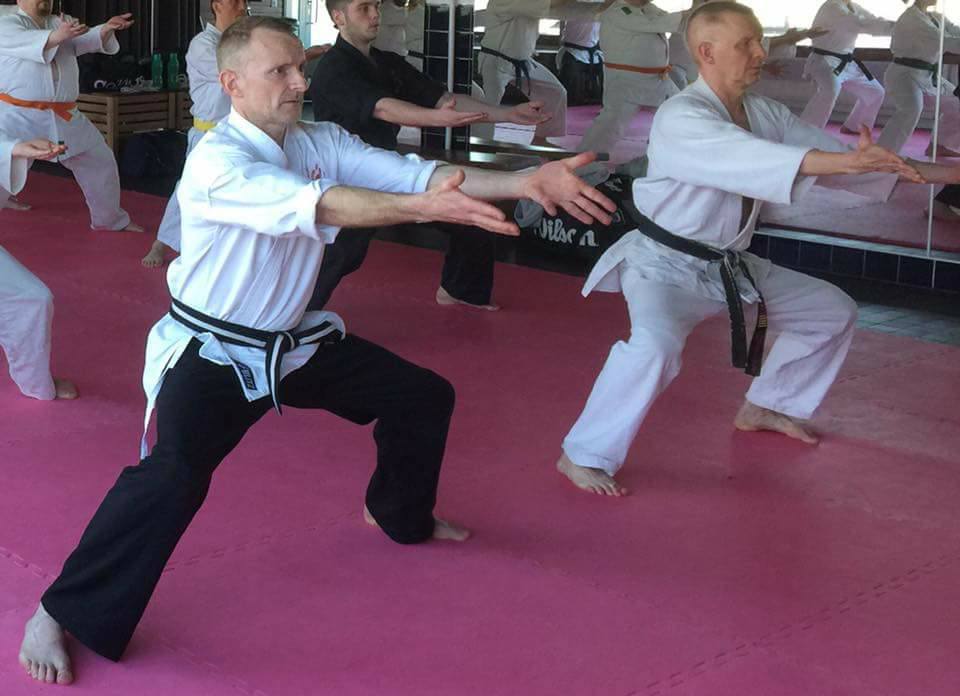 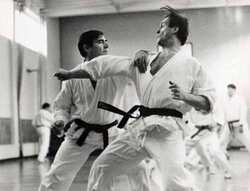 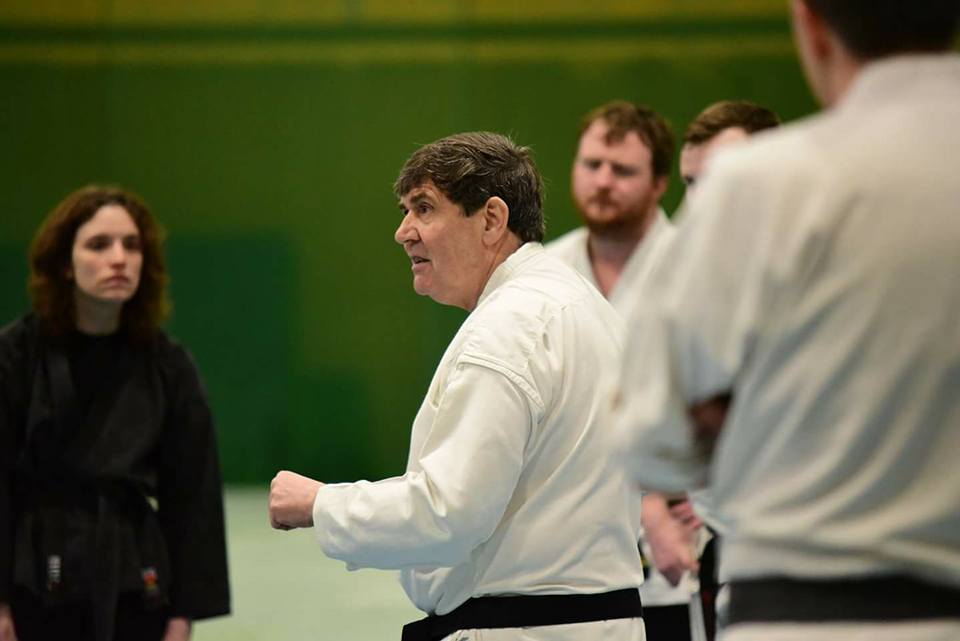 Shoto Budo today is a comprehensive martial art promoting key principles based on Self Defence, Health and Well Being which are the building blocks of the organisation. By following these principles and using all the skills available to the organisation, Shoto Budo's particular approach to martial arts development continues to be enhanced and focused.

As a result, a detailed developmental system is employed to help the student learn the most useful skills quickly while still being able to appreciate the wide range of martial arts and their different qualities and uses. At the same time this 'martial way' or path opens up the interest and desire of seasoned martial artists to continue to increase their skills while also looking after their own health and well-being as they mature with age.

Where is Shoto Budo based?

Shoto Budo Clubs are based primarily across the Central Belt of Scotland, ever expanding outward as instructors begin to develop their own clubs in their own communities. To find your nearest club, please see our Clubs page!

Who can join Shoto Budo?

The Shoto Budo Organisation are positively inclusive and take pride in creating learning and training environments which encourage all ability to practice, regardless of age, gender, sexuality, faith or physical ability. You don't have to start from a young age to get something out of Shoto Budo.  In fact, many of our members started later in their lives! From as young as 4, Shoto Budo provides opportunities to experience and learn tested, lifelong appropriate skills.

Most clubs run Junior (ages 5-16) and Senior Classes (16+). Contact your nearest club via our Clubs page to find out more!
Proudly powered by Weebly